What Is Mixing And Mastering & 7 Differences 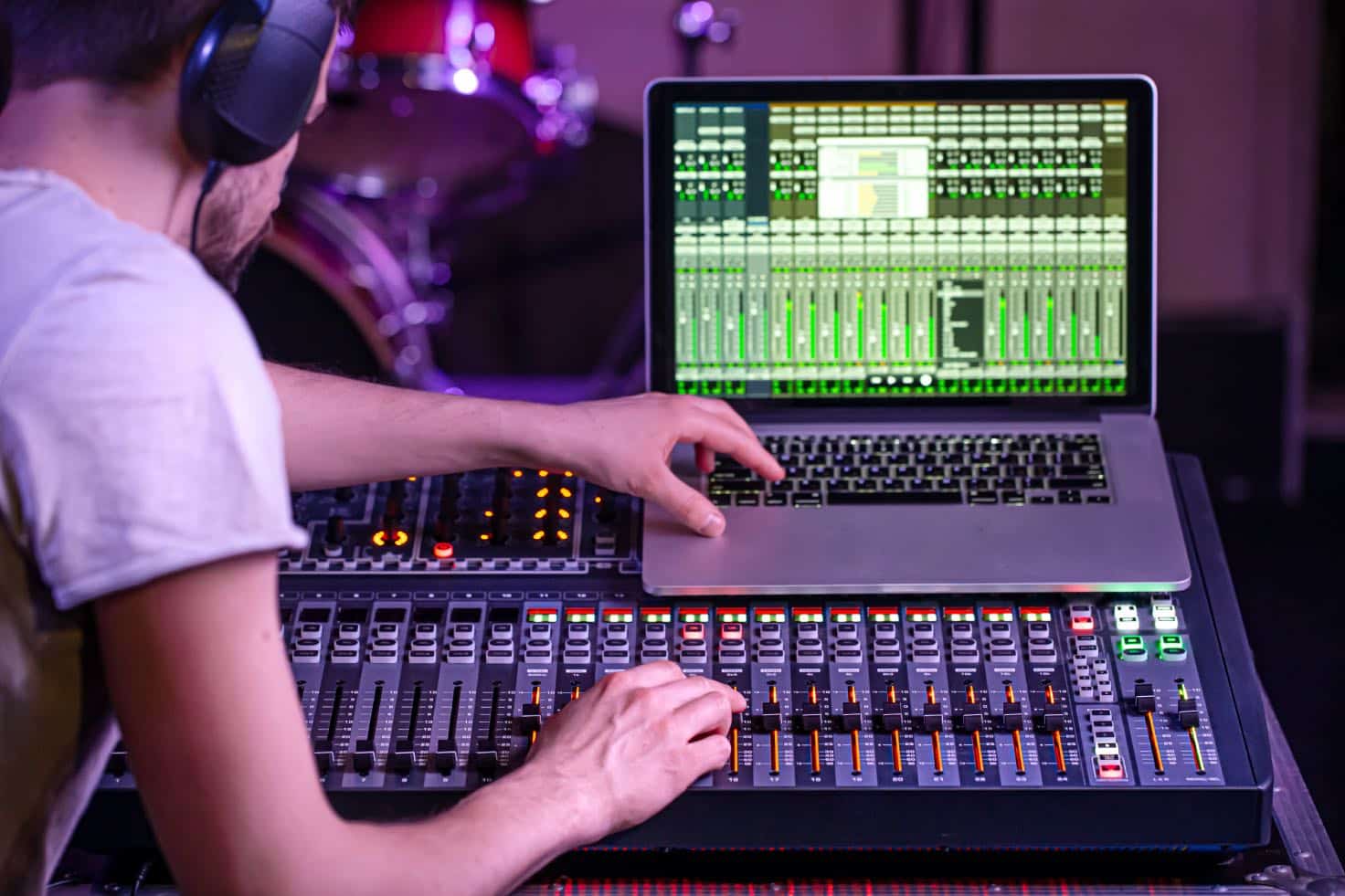 If the world was not granted the gifts of technology, we would be listening to ‘raw’ tracks of bands and performers that sound pretty much the same as when they are playing in a rehearsal studio. In the worst-case scenario, these tracks would be a massive jumble of noise, whereas even in the best-case scenario plenty of details would be lost on us.

Mixing and mastering are sound-manipulating techniques that share a lot of similarities. Still, they also have plenty of differences between them, and today we’re going to run a little course explaining what these two terms mean, how they correlate, and why they are so important for both musicians and music listeners.

What is mixing and mastering?

Basically, mixing and mastering are two-thirds of a three-part ‘recording’ process along with ‘tracking’. The recording process has a strict ‘order’ of the tasks above, which involves tracking first, mixing second, and mastering as its final stage.

What is tracking – The first part of the recording process

First of all, we can’t really speak much about what mixing and mastering are before we explain what tracking is, at least in its gist. Tracking refers to ‘music capturing’ true to form; in modern times, audio is captured onto ‘workstations’ called DAWs but back in the day, music used to be captured on to various contraptions, such as phonograph cylinder, 4-tracks, later on, 8-tracks, and so on.

The evolution of recording devices was pretty rapid once it took wind. Still, it was not until the year 1878 before Thomas Edison invented the world’s first recording device called the phonograph cylinder. Ever since then, the once-primitive recording units were taking more elegant and compact shapes, as well as becoming a bit more intuitive and obviously incomparably better in terms of versatility and performance.

Regardless of what type of machine or technology is used to record the sound, the purpose of tracking remains the same; the different devices provide different approaches, but they ultimately affect the quality of the end result as well.

Tracking can also be done in ‘one go’ or in ‘segments’. Professional musicians, bands, and performers prefer to do it in one run unless the song is too complex, as it provides the most authenticity. Tracked ‘fragments’ can be copied and pasted as many times as needed, which can sometimes help more than tracking everything ‘nearly’ perfect in one pass. 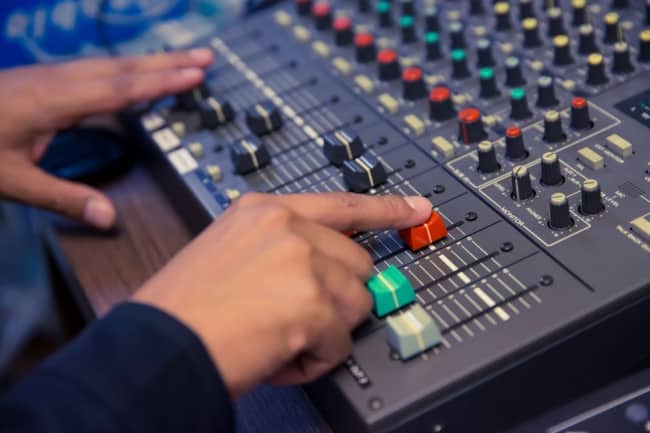 Basically, mixing refers to an organizational technique that appoints key ‘tracked’ elements into place, aiming to provide as much sonic ‘harmony’ as possible. Generally speaking, the better you ‘mix’ your song, the less you’ll have to do when it comes to ‘mastering’.

Mixing involves a variety of tasks, and there is not one single universal way to do it; there are some typical ‘rules’ that most mixers follow, such as trying to create a relatively balanced soundstage, panning the tracks, but it all falls to personal taste and personal touches.

Let’s start at the very beginning. The ‘tracked’ data is usually depicted in graphs of waveforms, and normally the recording engineer will label each track before creating the next one. If this is not done, the mixer will have to listen to every individual segment and recognize the instrument/effect/vocals and label them as such.

Digital workstations typically have built-in sliders and faders that should be used to bring the tracks at an even level. Of course, this is sometimes nearly impossible due to the complexity of the songs, so usually, special software is needed for fine-tuning operations.

After this process, you will have the ‘half-mix’ or the ‘rough mix’, which essentially refers to the bare bones of the project.

Applying filters and equalizers is necessary to finely attune the volume, presence, and frequencies of each individual track. This is probably the hardest ‘mixing’ task, but also one of the most impactful ones.

Using creative elements can be a part of either the mixing or the mastering stage, depending on the person doing the work, so we’ll leave it for the next segment for the time being.

Lastly, on the note of mixing, there are hundreds of mixing software, Effect plug-ins, as well as numerous mixing consoles that can be used to make the process easier or a bit more approachable. It is recommended to try out different types of each before figuring out which one feels the most intuitive and is the easiest to grasp. 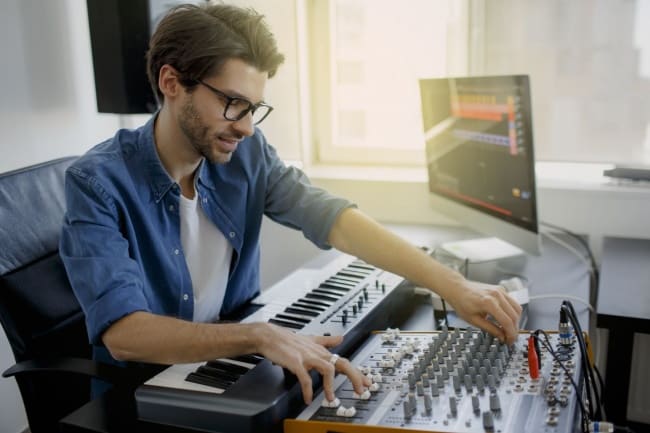 Producer during a mixing session

What is mastering – The final stage of recording tracks

Mastering means exactly what its name implies – it is intended to refine a rough stone into a polished diamond by adding final, personalized touches that will make the end result unique while also improving its quality.

Before we get to explaining what mastering tasks are, it’s important to note that you are not bound by too many rules and are free to be as creative as you want to (or are allowed to if you are employed to master a song/songs). Using different types of effects that weren’t on the original mix is commonplace, changing the colors of the instruments, and reshaping the soundstage are all things that the mastering process involves.

The foundation of the mastering process is the ‘first mix’. The better it is, the less you’ll have to ‘master’ it.

One of the most typical scenarios in the music business involves a performer/band that records their music at one studio, sending the recorded tracks to a mixer who later sends it to another person to master it.

On the other hand, it’s also pretty common to see that one person performs all the tasks throughout the process. One of the main advantages of such an approach is that the person who tracks the songs also knows what they are lacking and what they are after in terms of sonic ‘colors’, which makes the process a bit simpler.

The main disadvantage of one-person recording, mixing, and mastering is the lack of an ‘outside perspective’. Everyone hears, sees, and ultimately perceives things differently, which is why most professionals have separate producers, sound engineers, recording engineers, mixers, and mastering ‘agents’.

Now, the ultimate goal of the mastering process is to add the elements that the tracks in the original mix are missing. It can be something as simple as a bit of reverb on the vocals, but it can also be something as complex as polishing the sounds of each cymbal on the drum kit.

Advanced equalizers and compressors are typically used to refine further and balance out the soundstage during this stage of this process, which is why mixers that do not possess high-end software usually send their mixes to someone else (who has them) for further mastering.

Mastering also has a non-sonic element to it.

“Mastering” involves the finishing touches of a music ‘producer’ in terms of labeling track titles, coming up with the album name (if one was not provided), putting the tracks in order, deciding on the format the album/single is going to be released in, and so on.

This is especially important if we are talking about concept albums where each track tells a different side to a story that continues as the album progresses.

Again, the finishing touches can be whatever the artists desire them to be; some bands and musicians end up changing their sound completely, making the end result sound much different from the original mix. This was made accessible in today’s times due to numerous digital technologies, such as amp modelers, Fractals, digital instrument rigs, as well as instrument software that can be programmed instead of ‘played’.

The mastering process can sometimes ‘sit’ for months after the mix is finished; this is highly encouraged among professionals, as it helps the musicians, bands, and artists gain a different prism of perspective on how the single/album will sound in the end.

Making, recording, and producing music usually happens on your studio monitor speakers. Mixing and Mastering, on the other hand, require a good pair of studio-quality headphones.

7 Differences between Mixing and Mastering

Yes, music mixing comes right after tracking, while mastering comes right after mixing. These processes are considered as ‘individual fragments’ of the recording process that can sometimes be performed with months’ or years’ worth of time gaps, which is why some people sometimes confuse them as being part of ‘different’ processes.

Generally, sound engineers master songs while audio ‘mixers’ mix them. However, it’s also common for musicians to self-produce, self-mix, and self-mastery their own recorded tracks give the popularity and expansion of mixing and mastering software.

In a nutshell, mastering each track requires a different approach. You will need to use different equalizers and compressors, but you may also want to use different sound effects and models when mastering violins, basses, guitars, drums, and vocals.

Yes, songs can be mixed with nothing else but a PC equipped with mixing programs; DJs usually lean on mixing consoles, much more than actual musicians.

There are a bunch of dozens of free online tutorials to teach you how to do the mixing and mastering of your music. However, if you can afford to spend a bit on your knowledge and education, check out some online music production courses for more. We highly recommend taking the course by PML on Mixing & Mastering a complete track.

Video: Here is a preview of the course:

globaldjsguide: The Best DJ Mixer for Beginners in 2020 8090

globaldjsguide: The Top 12 Female DJs in the world 5097