How To Make A Remix In Ableton Live 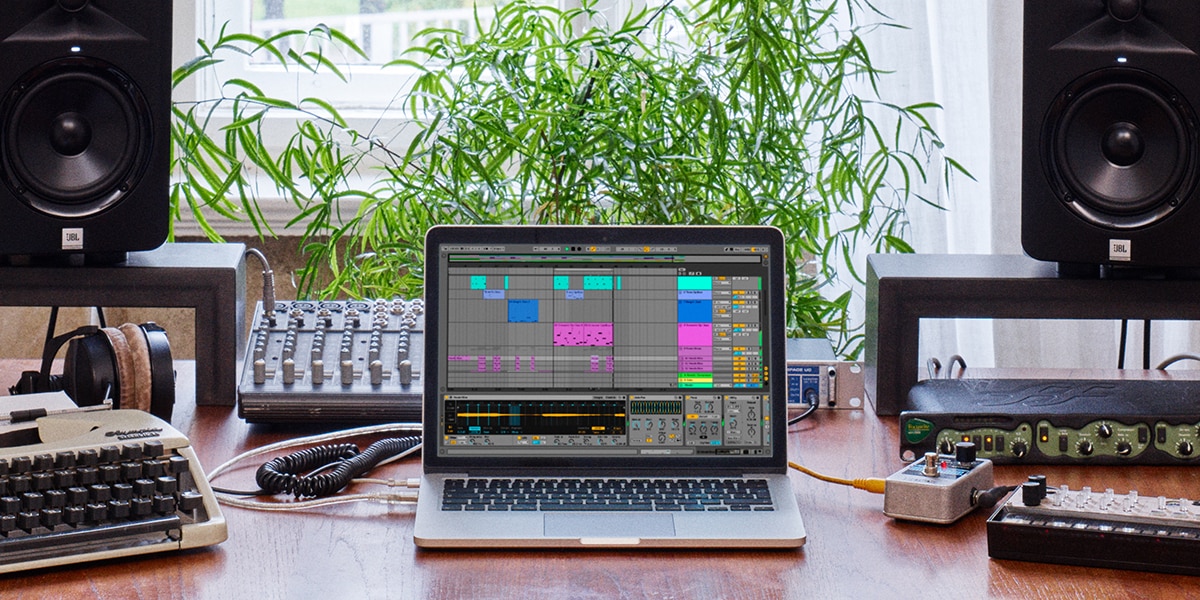 How To Make A Remix Of A Song In Ableton Live

In order to create your own song, you truly need to be a talented artist and musician. However, many people believe that remixing a song is just an easier version of that. In reality, it’s a completely different task; one that requires a different artistic approach, and a different skill set.

Sure, depending on the song; a remix may sometimes be easier to come up with than the original song. But if you don’t have the proper experience, this is a task that may seem tedious and quite time-consuming. The reason for that is simple — the number of ways to approach your creation of a remix for any individual song is practically countless. Plus, there’s the added pressure of maintaining the quality levels of the original song.

When you set out to make a song, these thoughts and doubts shouldn’t worry you at the very beginning. After all, you’re setting out to make art that inspires you — and that’s pretty much all that matters.

Why Create a Remix?

The first questions to ask while working on a remix is:

The competition for remixes is always tough, seeing as there are countless other producers that are making another remix for the same song as you. “Thriller” by Michael Jackson for example, has countless remixes online that cover a huge variety of music genres such as Deep House, Drum n Bass, Hip Hop, and Chill Out.

On the other hand, there are plenty of upsides to this avenue for music creation. For one, you already have professional-level materials that you can work with. Also, you get a first-hand look at how other, sometimes more experienced producers, come up with their tracks.

Find Remix Contests And Other Sources 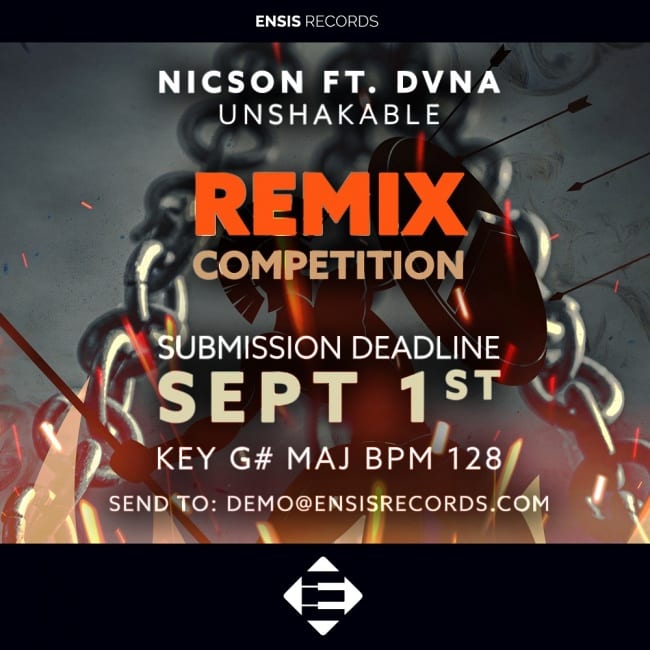 Finding the right opportunity to make an interesting and exciting remix is what it’s all about. First of all, know that having the right stems and source materials is the most crucial step on your way to a quality remix. Of course, the quality of the audio that you’ve got as a source will impact the level of professionalism that you’ll be able to achieve with your remix.

If you don’t already know what stems are — we’re talking about “sections” of the music track, which are divided into stems according to the instrument that’s heard. If you were making this for a contest, you could probably receive FX, Melodies, Vocals, Synths, Bass, and Drum stems. In some situations, you might be able to get more than that; but it all varies depending on the way the original producer has created their tracks. 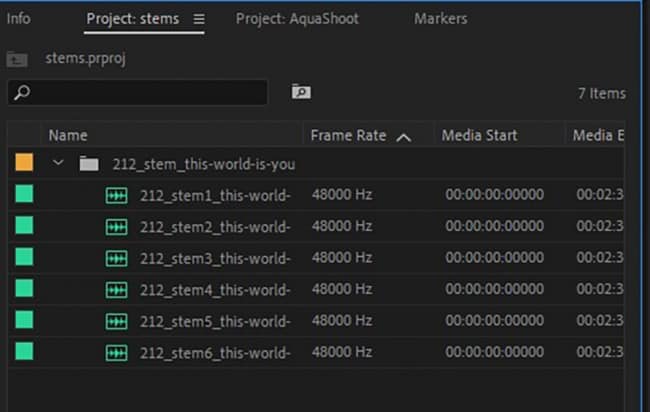 Once you gain more experience as a music producer, you will start exchanging your own stems with those created by other producers; also, labels will offer you contracts to remix their published tracks.

There are plenty of websites where you might find opportunities like this and build some renown. Apart from that, you can also look for remix competitions organized by specific artists; there’s nothing better than being recognized in a remix competition that’s put together by your favorite musician! So, think about whose music you’d like to work with, and keep a lookout for their social network pages.

Most remix competitions have specific rules and guidelines if you want your remix to be taken seriously. However, you have the freedom to create any style and genre you like, from Dubstep and Deep House to Hip-Hop and Rock music.

Again, remember that you want to get stems of the highest possible quality. That means a master bus without processing, clipping, or normalization. 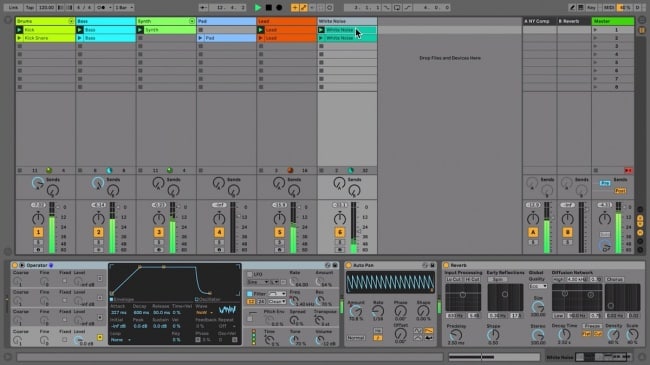 Ableton Live is the most popular digital audio workstation to make a remix of a song. Cubase, Logic Pro, Reaper, and FL Studio are also well-known software s used by home and pro music producers. Logic Pro is running on Mac, but the rest can be installed on Mac and Windows OS. GarageBand for Mac and Audacity for Windows are also great free alternatives.

Before you start making a remix, you should be familiar with the interface and all the basic functions, and effects of your DAW.

What you will need to remix a song?

As we mentioned earlier, you will definitely need a digital audio workstation such as Ableton Live, or Logic Pro. You can remix a song entirely with your music production software but there are a few tools to help you produce in a more organic way.

You can visit our guide on how to build a complete home studio for under $600 for more information.

How To Make A Remix In Ableton Live 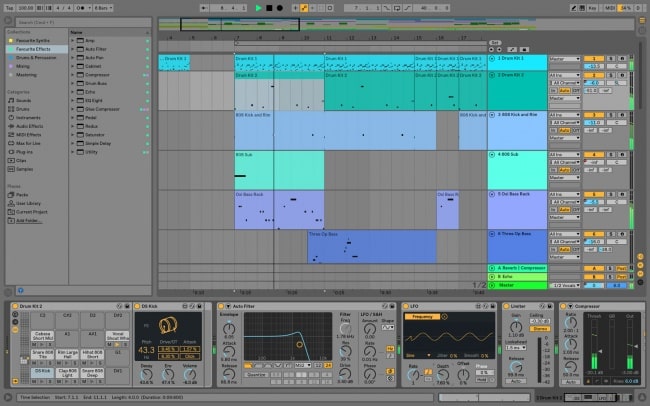 When you’ve acquired the stems that you’ll be using, the next thing that you’ll need is the key and BPM for the source song that you want to remix. Again, if you’re making this for a remix contest — you might receive some of this info at the beginning of the contest; but there are also cases in which you have to work without them.

It’s not exactly a prerequisite to know the track’s key. However, there are parts of the remixing process that will definitely go over more easily if you have the exact key; for instance, chord progressions and the creation of melodies. Also, you should remember that having progressions and melodies out of key has the potential to entirely ruin the song. This is especially important if you’re at the start of your music career, and you’re not sure that you’re working within the key. In that situation, we’ve got a couple of tips on finding the original’s key.

If you have zero understanding of musical keys and harmonies, we highly recommend the Harmony and Chord Progression Lessons by PML. Or find out more at the best online music production courses.

First, you should see if you can find the original song on Beatport. If it’s there, you’ll easily be able to find the tempo and the key of your track. However, a lack of a listing on Beatport might happen due to the original track not being a part of any electronic music subgenre. There’s no need to despair, though; there are other ways to find out this information.

The most obvious route to go is to Google the information. Just type in the name of the track and the artist, along with “key and BPM”.

Finally, there’s a third approach that’s more practical, but it does involve more effort on your part. First, you need to take the stems and import them into your digital audio workstation. From there, you can pinpoint the BPM by lining up the start of your track precisely on a downbeat and firing up the metronome. Slowly alter the tempo until you’re sure of a match. 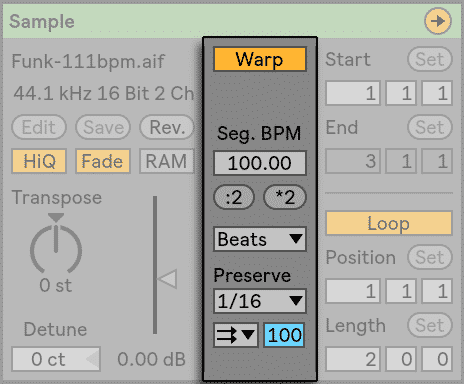 If you’re using Ableton, you need to be certain that the track hasn’t been warped; it must not have a tempo set by the software if you want to check the original BPM. In Ableton Live, there is also an audio effect “Tuner” to help you identify the key of the song you remix or compose. 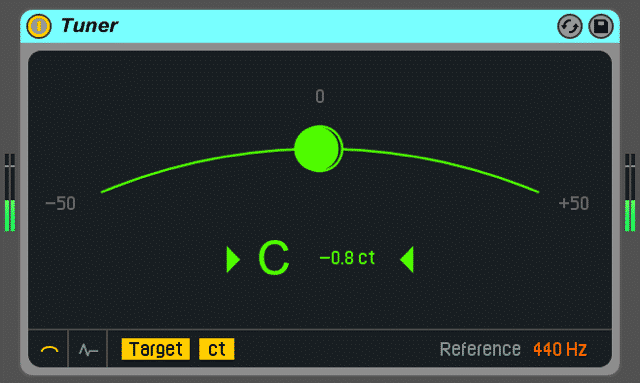 People choose tracks that they will remix in a variety of ways. For instance, you may have heard a track for the first time and liked it instantly; or a specific element of the song sparked your imagination and interest.

Often enough, the vocals are what draws in musicians who want to remix a song; or a certain melody or pattern. The best thing you can do is to roll with that initial inspiration. Don’t let yourself stray from that initial sensation. With that in mind, use a notepad to record any and all ideas that you have when you start listening to the original track for the first time.

Have you noticed that there’s not enough energy in the intro? Maybe a drumbeat could be what’s needed to captivate the attention of the listener sooner. Perhaps you’ll notice some space in the breakdown and start working on a melody; all such ideas can prove to be fruitful later on.

On the other hand, you don’t want to overthink things. Avoid listening to the original track too much or analyzing individual stems beyond recognition. Take notes and listen to the originals only a few times. And when you import them into a music making software, you’ll start working on your own version. Just make sure to follow some steps to avoid wandering around aimlessly. 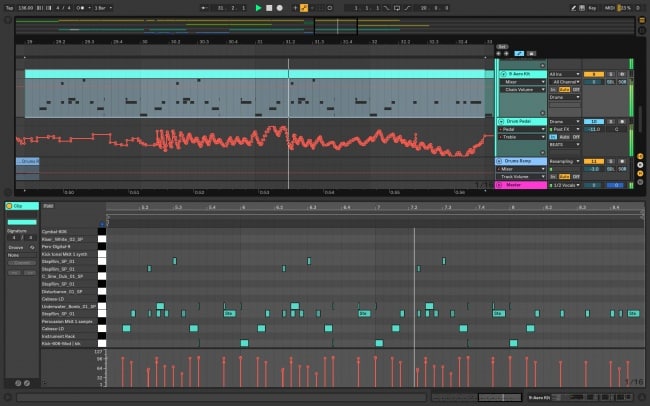 That is probably the easiest way to make your own remix. However, there is a different term for this process, and it’s called mashup or bootleg. This is a track created by using two or more pre-recorded songs into one. The most common technique is taking the vocals from one song and place them on top of a nice beat and fat bass.

That is still not an easy task as you will have to match key and BPM and do a hell of a job on proper equalization.

You also have to take into consideration the copyrights of the parts of the song you will use.

Mixing & mastering is an essential part of your song. It needs to be taken seriously, otherwise, it might end-up completely ruining your remix.

You can follow our guide linked above and watch some online courses to do the mixing and mastering in your music production software. If you are a beginner, a better option will be to outsource this process to a professional audio engineer.

Final Tip: “Be Yourself “

All of us get influenced by contemporary styles in music; that’s only natural and fitting. But don’t conform to a style if it’s not really your thing solely for the sake of potential popularity. Remember — remixing is a very personal thing; it’s about stamping your own imprint on an existing piece of art. The listeners want to hear what you’ve got to contribute, not to another commercial thing.

And if you’re entering a remix contest — the last thing you want is to ponder over other submissions while thinking about what others will do with the track. Don’t allow yourself to get swayed by your own tastes and intent; if you focus on what you’re good at and what you like, everything else will fall into place.

Video: How to remix a song effectively by AudioSkills:

As you can see, there are many artistic aspects of remixing a song that you have to consider; stylistic choices, rather than the pure technicalities of operating your DAW for an admirable result. With that in mind, don’t try to act without inspiration just for the sake of making a remix; only do so when you’re truly certain that there’s a new angle or improvement that you can make to an existing song!

For more tips to make a successful remix check out the 21 remix tips by EDMprod.

globaldjsguide: The Best DJ Mixer for Beginners in 2020 7672

globaldjsguide: The Top 10 Female DJs in the world 4697

globaldjsguide: How To Come Up With A Proper DJ Name

globaldjsguide: How Much Do DJs Really Make?

globaldjsguide: A Guide To Get Signed By Record Label Today

is innately tied to the technology used to create it - as the tools evolve, so will the art.
- Richie Hawtin
© 2020 GlobalDjsGuide. All rights reserved.