How Much Do DJs Really Make? 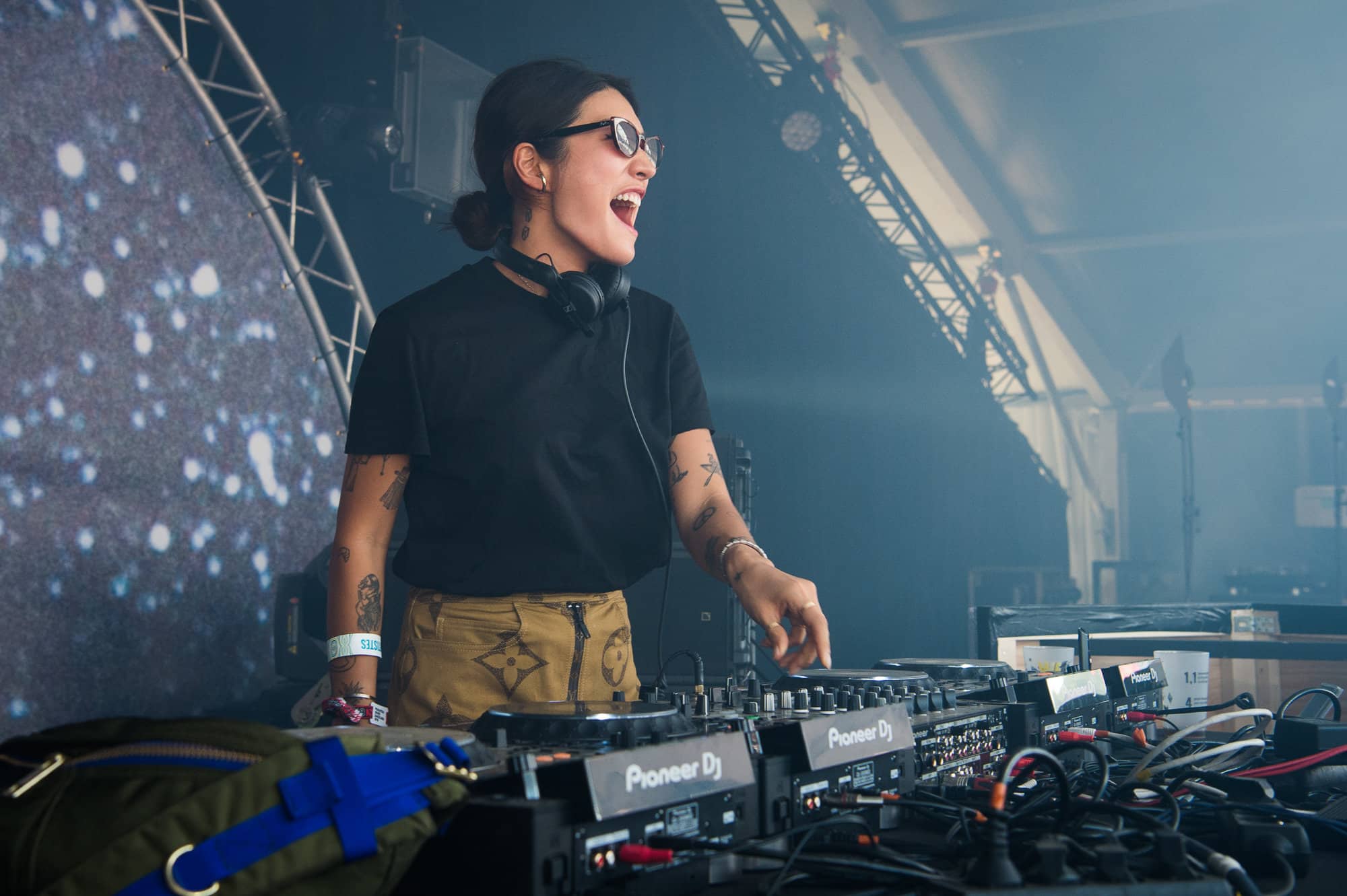 Music is the life of any kind of festivity, and people who are preparing to host an event, such as a party or a wedding for example, often wonder ‘How much is a DJ’ in terms of cost. Disk jockeys are popular due to their flexibility and the ability to play songs on-demand in an instant, but they’re also bringing their own gear most of the time, which cuts back on costs for loud amps and speakers.

Today we are going to talk about some of the most important things about how much DJs make so regardless of whether you’re a DJ-in-the-making or someone who intends to hire one, you will find some valuable info if you stick around. Without any further ado, let’s get straight to it.

How Much Do DJs Make?

The answer to the question ‘How much does a DJ cost’ depends on various factors – different countries have different standards; there are beginners and professionals, DJs that bring their own gear and those who don’t, and so on.

Additionally, there are different types of DJs, including event/session DJs, Radio DJs, Wedding DJs, Club DJs, Party DJs, and Mobile DJs. All of these factors are to be considered before we can actually pinpoint an estimate of how much money a disc jockey typically earns.

Beginner DJs are typically locals who are yet to emerge on the big scene. They are typically doing every gig they can and usually don’t make too much cash per event. Luck is the most unpredictable factor as one beginner DJ can make a small fortune doing a bunch of small-time gigs while other DJs of the same skill level and exposure could struggle for weeks without a single session.

Speaking of which, most local DJs play gigs for free simply to get extra exposure and recognition. Beginner DJs seldom play high-profile events that typically take place during weekends, which means that they are often stuck with free drinks and a couple of coupons at best.

On the upside, local DJs don’t have any traveling expenses and management cuts, plus their profit is generally ‘clean’.

An average week-day gig is typically paid $10 – $100, depending on the country while weekends are normally paid up to twice as much; if we take the fact that most of these gigs are completely free, this is still nothing more than pocket money.

Beginners are normally first on the list for school parties where budgets are low and for house parties when no other option is available. You could try negotiating some sort of a deal, but oftentimes that will not exactly be possible.

DJs that have been on the scene for several years and people who have been honing their skills while refining their collection of gear are more sought after for high-profile gigs. Experienced DJs are typically called for club parties and weddings.

The amount of cash skilled and experienced DJs make per gig is drastically bigger in comparison to local, inexperienced jockeys; the least paid gigs typically range from $200 to $500 while bigger events could net up to $2,000 if they bring their own gear.

However, there is quite a bit of factor that play a certain role here too. Experienced disc jockeys generally need to keep their playlist updated; they need to reinforce their gear to keep up with the times, and they commonly do at least some of the basic mixing and production chores.

There are other expenses too; semi-pro disc jockeys usually have a manager that takes up at least 10%-20% of the total gig price. On a bit more positive note, this takes care of the exposure bit, which means that you won’t need to struggle so much finding relevant gigs.

The mediocre production work that has been done usually requires a bit of financial investment, whether it’s finding a producer or a mixer. If you’re capable of doing it on your own, you’ll need adequate software, which obviously costs quite a bit of cash. One of the most popular DJ programs is Serato, which doesn’t cost a fortune, but it’s not exactly free to use either.

In a nutshell, experienced DJs have more opportunities, but they also have drastically bigger expenses. You can try ‘playing it smart’ by accepting only lucrative gigs, but that might end up netting you no exposure at all. 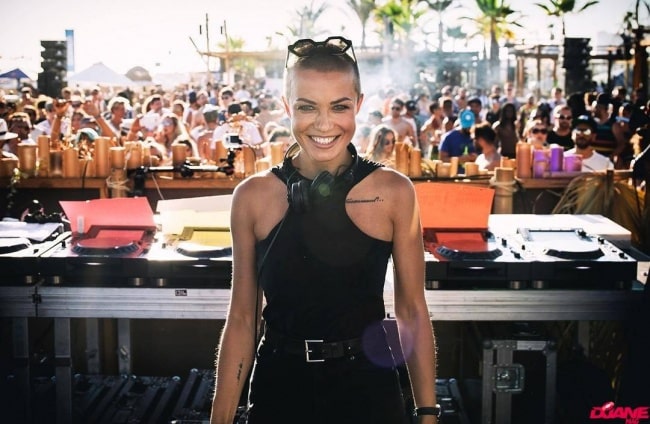 Professionals rely on DJing as their main source of income. High-profile gigs and festivals are the places that pros typically perform, and obviously, there’s quite a bit of cash involved in the play. Some DJs that fit into this category tour the world while others stick with stadiums, mostly during weekends.

However, professionals have higher expenses than beginners and intermediate-level DJs; touring requires quite a bit of cash, getting a decent tour manager, promoter, and all of the crew members on board is also pretty draining for the wallet.

Gas money, plane tickets, and visas – these are all the expenses you simply can’t avoid, and these are typically measured in thousands of dollars. Luckily, professional DJs are able to cover the costs of logistics with a couple of shows. 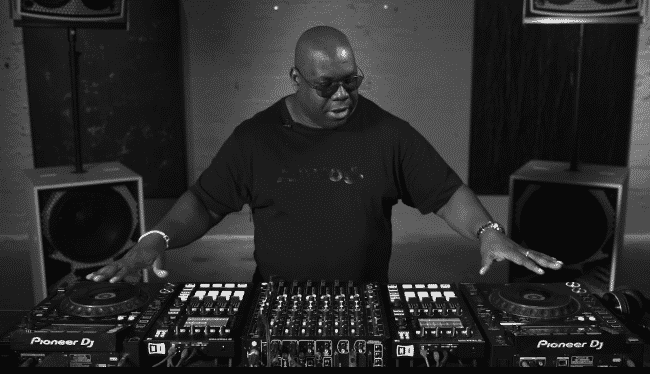 Names like Boris Brejcha, Carl Cox, Calvin Harris, and David Guetta are the pillars of the DJ world, and this is there the top-tier disc jockeys reside. It’s safe to say that they are making millions annually, but they also have to pay hundreds of people in their crew, from bus drivers, over stylists, technicians, and such.

Top-tier DJs play only the most sought-after gigs in stadiums, arenas, and festivals, and even the smallest venues will still offer them at least $10,000 for a simple appearance. Additionally, one-offs, sponsorships, and record sales also factor in the amount of money they are making, so an average ‘superstar’ annually makes from $1 – $20 million.

One tool to help you get on that level is by Kwettr Music Marketing. Download the FREE Kwettr app and join users like Universal Music, Beatport, and famous DJs such as Paul Oakenfold and Paul Van Dyk.

There are several types of DJs that we’ve mainly categorized by their modus operandi:

The term ‘radio DJ’ is broadened these days; it involves DJs who either have their own podcasts or lend their mixtapes to other podcasts, streams, and such. Making it to an actual radio station is exceptionally hard, especially in bigger cities, although you could make quite a bit of buck this way.

Being a wedding DJ is very lucrative, although you’ll need quite a bit of exposure in order to keep yourself relevant. Weddings are typically one-offs, so you can’t really capture any kind of stable following this way. However, if you’re doing a good job, you’re more likely to get recommended.

A standard fee for a wedding spans around $1,000 to $2,000, although this is typically doubled when all the tips are accounted for.

Clubs are generally more inclined to hire a DJ rather than a band of musicians, mainly because they can pay you twice as a standalone performer in comparison to three or four-piece bands that end up splitting the bill.

However, clubs vary in size, and the main factor that will determine how much a club owner will be willing to pay you is the renown of the venue and its geographical location. Club DJs normally make a bit less money than radio DJs, and they make substantially less money than wedding DJs.

Everything goes when it comes to house parties – you’ll sometimes be offered to do a gig for a $100, other times you’ll bathe in tips, but don’t be surprised if you end up with a couple of snacks and free drinks. House parties are not exactly high-profile gigs.

Mobile DJs typically set up streams on various social media platforms and other interactive sites, which means that all they earn is measured in ‘tips’. However, this is generally the most flexible and the easiest way of getting a quick buck, even though it might not be the most lucrative business. 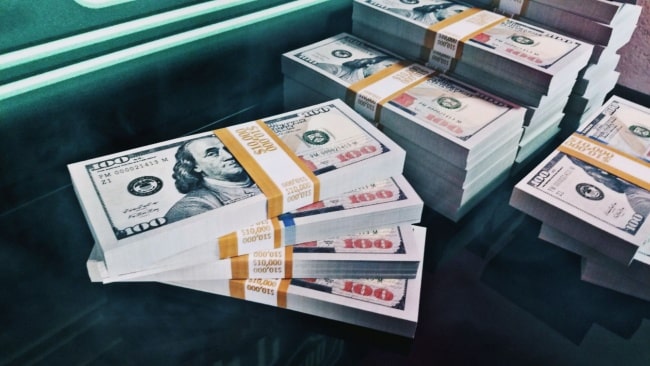 The answer to this question largely depends on what type of DJ you intend to hire. If you have a friend whose friend has a mixing console, they might help you out for free drinks; local DJs typically offer their services for up to $100 while only certain experienced and professional DJs might charge you per hour. Again, the cost range spans in thousands of dollars if we’re talking about the big league players here.

It’s entirely up to you, although common courtesy suggests that you should tip a DJ (or a musician) about $25 – $50. You won’t really get the opportunity to tip top-tier DJs at a high-profile gig, and small-time DJs would appreciate the extra buck.

globaldjsguide: The Best DJ Mixer for Beginners in 2020 8092

globaldjsguide: The Top 12 Female DJs in the world 5099